Arcadia Spider To Land In Bristol City Centre For Brand New 'Metamorphosis' Show
Posted by trin on May 14, 2015 in Arcadia

Arcadia Spider To Land In 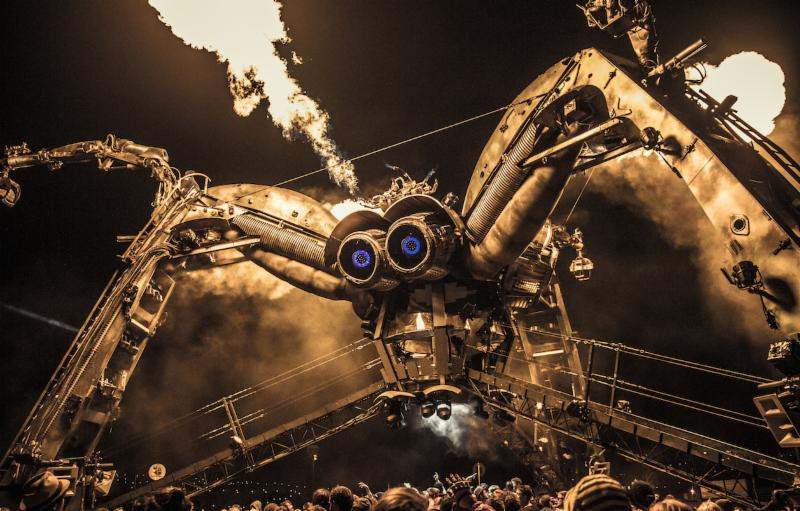 in the heart of the city

Arcadia Spectacular and their world-famous mechanical spider, built in Bristol from 50 tonnes of recycled military hardware, are set to land in Bristol’s central Queen’s Square on the 4th & 5th September. This will be Arcadia’s first ever city-centre event, fusing innovative music, circus, sculpture, special effects and huge scale, recycled biofuel pyrotechnics to deliver a truly epic weekend on home-turf.

Fatboy Slim, Chase & Status and Skrillex are amongst the artists to have played in the giant spider, with Disclosure and Seth Troxler DJ’ing to an estimated 60,000 strong audience at last years Glastonbury Festival. Recently returning from a staggering show out at Miami’s Ultra Festival, Bristol will be witnessing the hugely immersive ‘Metamorphosis’, show, a brand new performance which will debut at the Glastonbury Festival in June this year. Combining cutting edge technology, top level pyrotechnics, acrobatics and the leading lights of the electronic music scene, the show will be of truly monumental proportions.

“We’re hugely excited to bring Arcadia home to Bristol for our first inner city UK show. Bristol and it’s community have been so influential in our evolution, and it’s a real honour to play such a key role in the city’s life during such an important year. We hope it will be a memorable moment of unity that celebrates the inspirational possibilities of what can be done with the world’s waste.”

Arcadia ‘Metamorphosis’, is being brought to Bristol as part of the city’s year as European Green Capital. It will see the conversion of Arcadia’s signature flames to biofuel – creating the world’s first recycled biofuel pyrotechnics system. It’s one of six projects funded by Arts Council England’s Exceptional Award, as part of Bristol’s year as European Green Capital. The event will be produced by Team Love in partnership with Brisfest.
The line-up of artists will be announced in June with tickets on-sale now
from  arcadiabristol.com, starting at £25.

Further details will also be posted on the Bristol 2015 website –  bristol2015.co.uk 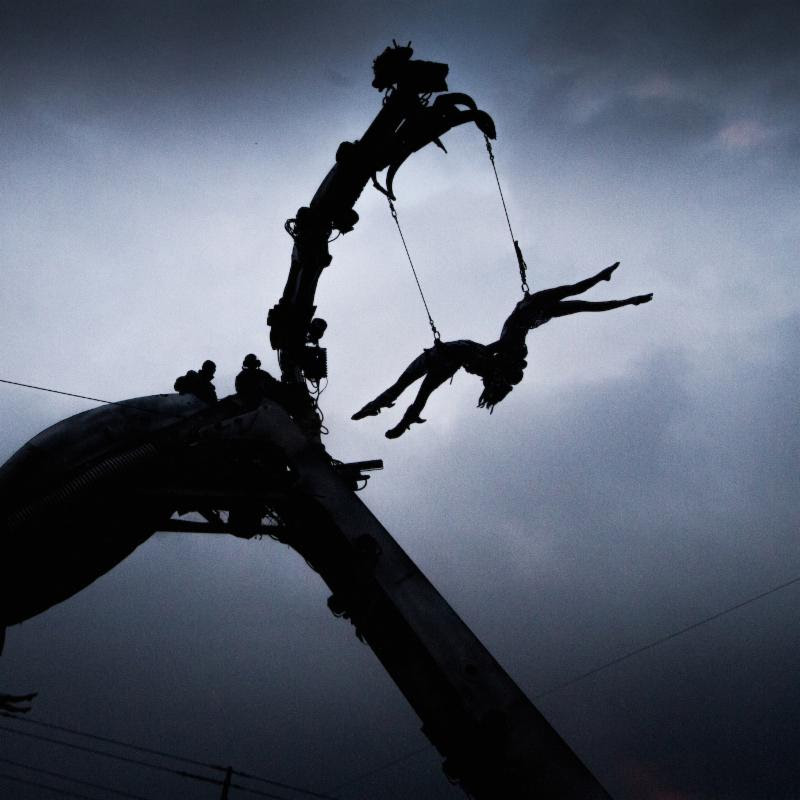 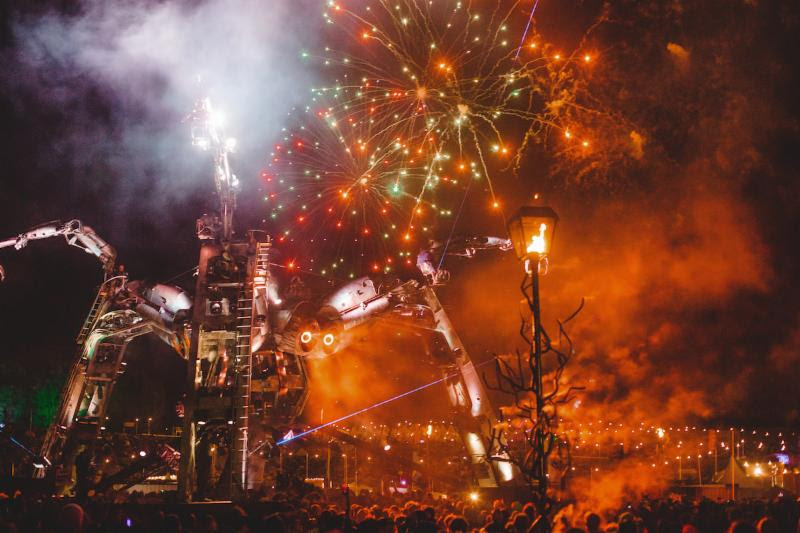 The full premises licence for Queen Square has been submitted and will be subject to standard licensing procedures, consultations and approval.

Reworking military machinery and industrial components into dynamic sculptures and electrifying arenas, Arcadia follow a strong conscious ethos. Transforming the form and function of oppressive technology into uplifting spheres of positivity, Arcadia shape a vivid spectrum of elements into multi sensory, immersive experiences that unite audiences as one.

Built in Bristol and born at the Glastonbury Festival, Arcadia have developed a range of structures, stages and installations ranging from the 50 tonne Spider to the mobile, amphibious Bug. Hosting some of the world’s top DJ’s and musicians, Arcadia have also composed a series of performance shows that weave a diverse set of creative elements and innovative technologies into the architecture of the Spider, creating new strands of immersive drama. Arcadia have appeared at some of the UK’s leading festivals and recent months have seen them land as far afield as Thailand, New Zealand and Miami.

Brisfest is Bristol’s showcase of the best local talent from the South West region, organised by The Bristol Festival Community Group. They are a not-for-profit charity that supports and promotes local music, art and culture whilst providing work placements, training, qualifications and routes into work for many local people

Bristol 2015 Ltd is a company limited by guarantee which was established by Bristol City Council to lead the delivery of the European Green Capital year. Bristol 2015 Ltd has an independent Board that is responsible for the governance and direction of the company.

The European Green Capital Award was launched in 2010 by the European Commission to promote and reward the efforts of cities and their local authorities to improve the environment. All recipients of the award have a consistent record of achieving high environmental standards; are committed to ongoing and ambitious goals for further environmental improvement and sustainable development; and can act as role models to inspire other cities and promote best practice to all other European cities. Past winners include Stockholm, Hamburg, Vitoria-Gasteiz, Nantes and Copenhagen.

2015 is a pivotal global moment for sustainability with the UN Conference on Climate Change hosted in Paris at the end of the year. As the only city in the world with an official and significant ‘green’ title in 2015, Bristol will become the epicentre for global discussion and debate.

Bristol 2015 has attracted £7m of funding from central government and is also supported by Bristol City Council and the wider business community including First Group, KPMG and Skanska. Arts Council England – through their Exceptional Programme – is providing support to a wide range of arts and cultural projects during the year.