Borderless returns to Battersea Arts Centre for 2017 edition
Posted by trin on March 2, 2017 in Borderless

Soweto Kinch and many more 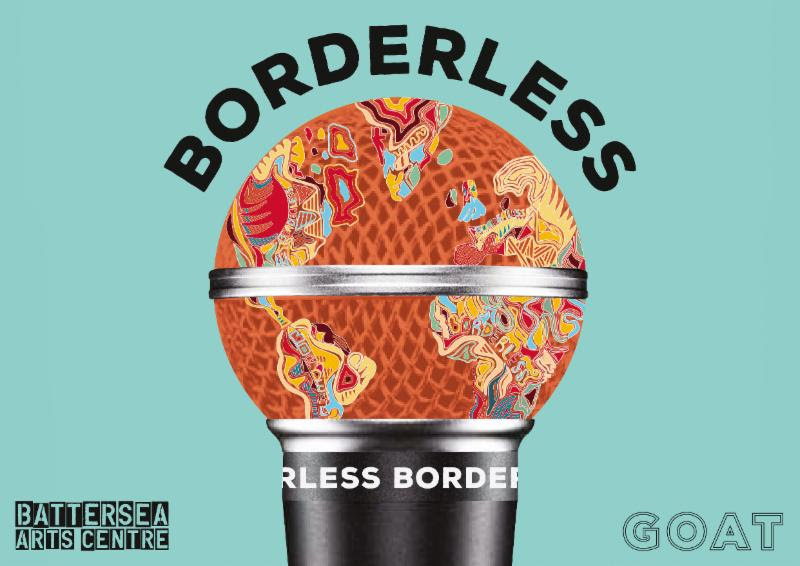 The Borderless concerts will all take place in the spectacular and intimate setting of the Battersea Arts Centre’s Council Chamber. Reached via grand marble stairs and adorned with wood panelled walls and a vaulted plasterwork ceiling, the venue is in a Grade II* old town hall that hosted The Jam’s legendary 1977 gig, voted one of Time Out London’s Greatest 100 Gigs of all time.Borderless sees the return of a live music series to Battersea Arts Centre.

Gig-goers will also be able to enjoy food and drink in the Scratch Bar on the ground floor, or from a private bar upstairs linked directly to the Council Chamber. Aside from Borderless, each year Battersea Arts Centre welcomes over 160,000 people to its building. It is a cultural bedrock to the local community, and inspires over 3000 young people to get creative. They also work with over 400 theatre artists to put on over 650 performances.

‘The first Borderless season in 2016 added to a history of great music nights in Battersea’s former Town Hall which have included The Jam and Fleetwood Mac in previous decades. I am absolutely delighted that Borderless is back in 2017 with the promise of some new legendary nights in Battersea Arts Centre’s historic and atmospheric Council Chamber.‘
David Jubb, Artistic Director, Battersea Arts Centre

‘Following the success of the 14 shows we produced last summer, it is an absolute pleasure to be working with Battersea Arts Centre again on a second series of Borderless. We are thrilled to have the opportunity to programme another run of incredible artists from right across the musical spectrum further cementing the beautiful Council Chamber’s reputation as wonderful venue to experience live music.‘
Dave Gaydon, Founder, GOAT Music

Tickets for Battersea Arts Centre members are on sale now, with general tickets on sale from 10am on the Tuesday 28th February: www.bac.org.uk/borderless 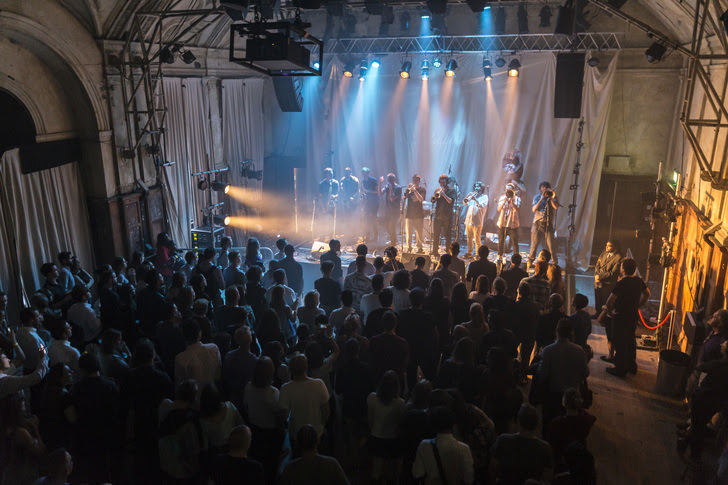 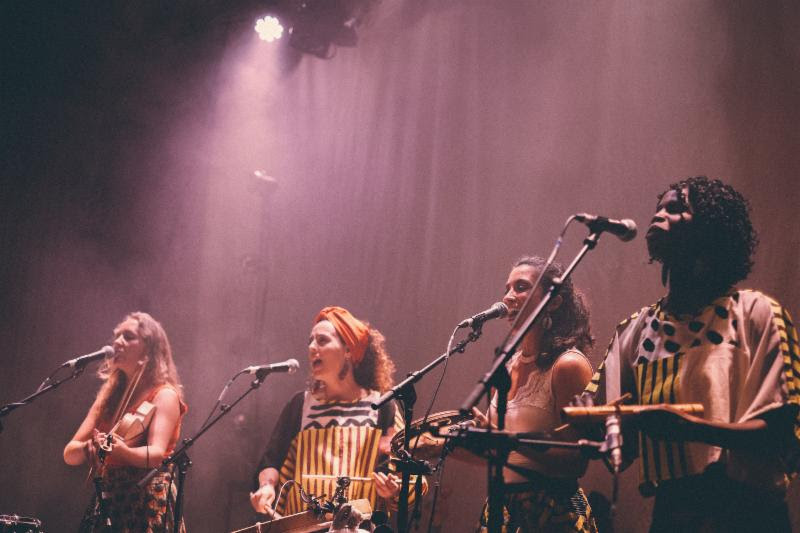 Jodie Abacus is the first Borderless act, playing on the 4th May. Hailing from Lewisham, Jodie’s sound is a rich blend of musical styles including R&B, funk, electronic and soul. His production rich hit single ‘I’ll Be That Friend’ has amassed nearly 300,000 plays, and topped the Hype Machine charts last year. Described by Fact magazine as an ‘honest mix of refreshing, nostalgic excitement’, Jodie has been gathering plenty of attention and acclaim in the past 12 months. This will be a great chance to see Jodie before the imminent release of his debut LP.

Combining her Chicago house background with a melange of influences, Kate Simko, an artist hailed as one of dance music’s most unique and standout artists will take to the Council Chamber stage on Saturday 6th May, joined by the wonderful London Electronic Orchestra. An inimitable blend of lush strings weaving in-and-out of synths and loose grooved beats, the LEO brings classical music’s ornate instruments back to the forefront. The live show is a follow up to the stunning self titled ‘Kate Simko & London Electronic Orchestra’ album released on The Vinyl Factory in 2016, which includes collaborations with Jamie Jones, Katy B, and Parra for Cuva. Melodic, driving, jacking and funky, Kate’s distinctive sound continues to inspire dance floors across the globe. 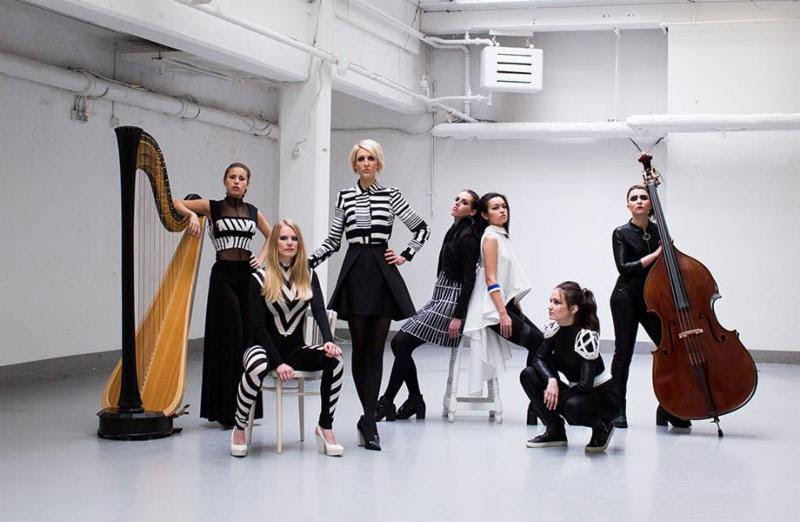 On the 10th May, Borderless welcomes Soweto Kinch, the award winning alto-saxophonist and MC is one of the most exciting and versatile young musicians in both the British jazz and hip hop scenes. Revered among both musicians and rappers alike, Soweto has amassed an unprecedented array of accolades including two MOBO awards, two Urban Music Awards, BBC Rising Star Award, BBC Best Jazz Instrumentalist, BBC Best Jazz Band, Winner of the White Foundation World Sax competition and a nomination for the much coveted Mercury Award. He now hosts his very own weekly BBC radio show ‘Jazz Planet’.
Fatima has had an incredible few years. Her debut album ‘Yellow Memories’ was voted Album Of The Year at Gilles Peterson’s 2015 Worldwide Awards and made no.10 in Rolling Stone Magazine’s Top R&B Albums Of The Year. Having written and collaborated with the likes of Scoop DeVille, Floating Points, Dam Funk and Shafiq Husayn, the Swedish Soul/R&B star has garnered worldwide acclaim from her peers and fans alike. But it’s her enchanting shows alongside the Eglo Live Band in particular that have earned her a reputation as a truly unique talent, together they play Borderless on Thursday 11th May.On the 12th May, Borderless are excited to present Melt Yourself Down. Another London based band, the group incorporate elements of North African musical styles, punk, and funk into a swirling and energetic sound. The resulting live show is full of vibrancy, soaked in tribal rhythms, and with a throbbing undercurrent of saxophone-fuelled jazz.

On the 18th May, Borderless welcome British grime MC Trim, previous member of the Roll Deep collective, Trim featured on Roll Deep’s Creeper Vol. 1 and Creeper Vol. 2 before being featured on the highly successful debut album In At The Deep End, contributing to hits such as When I’m Ere and Heat Up. After leaving Roll Deep, in 2011 Trim released four independent mixtapes, including a collaboration with Skream on a track named Tweedle Dee Tweedle Dum, which was released on Tempa recordings.

TRIM
+ Support TBC
18th May | £14 | www.bac.org.uk/trim
+++
NOTES TO EDITORS:
About Battersea Arts Centre
Battersea Arts Centre is a public space where people come together to be creative, see a show, explore the local heritage, play or relax. Each year, Battersea Arts Centre welcomes over 160,000 people to its building for events ranging from weddings to beer festivals and beatbox workshops to family theatre shows. The organisation’s mission is to inspire people to take creative risks to shape the future.
In the lead-up to the Grand Hall reopening in 2008 following a massive fire, Borderless will bring music back to the front of the old town hall, following in the footsteps of famous names and historic gigs, including The Jam in 1977, Fleetwood Mac in 1968 and more recently The xx in 2012.
Battersea Arts Centre encourages people to test and develop new ideas with members of the public – a process called Scratch. Scratch is used by artists to make theatre, by young people to develop entrepreneurial ideas and as a helpful process for anyone who wants to get creative.
The area of South West London and the old town hall in which Battersea Arts Centre is based, are rich in heritage. The organisation is also custodian of the Wandsworth Collection of historical artefacts, using creativity to explore the past and imagine the future.
Scratch has been adopted as far afield as Sydney and New York and shows and projects developed by people at Battersea Arts Centre travel across the UK and the world. The organisation has successfully sparked new approaches to creativity across the globe.
Each year Battersea Arts Centre
– Welcomes over 160,000 people to its building
– Inspires the local community to get creative, including 3000 young people
– Works with over 400 artists to put on over 800 performances and tour at least 10 shows and projects
bac.org.uk | @battersea_arts

GOAT Music is a London based music and events agency primarily focused on live music bookings, creative programming and artist development.
GOAT has over 20 years’ experience within these fields stemming most recently from London’s iconic performing arts venues The Roundhouse. Reopening in 2006, GOAT Music’s founder and CEO was appointed by the Roundhouse as Head of Music and for the following 10 years, produced an outstanding live music programme and 1000s of creative opportunities for young people building a solid reputation as a forward thinking venue showcasing the best live music talents from all over the world.
GOAT’s founding partner, Lou Birkett brings a wealth of experience from the creative and corporate sectors with previous roles at The O2 Arena and The Roundhouse and is currently developing new festival concepts across the globe.
GOAT Music held their debut festival in Goa in January 2017, Goat Festival saw nearly 2500 people people turn up to catch sets by Gilles Peterson, James Priestley, Kiasmos, The Turbans, BLOT and more.
www.goatmusic.co.uk
+++
Battersea Arts Centre
www.bac.org.uk
ADDRESS:
Battersea Arts Centre
Lavender Hill
London, SW11 5TN
TICKETS:
www.bac.org.uk/borderless