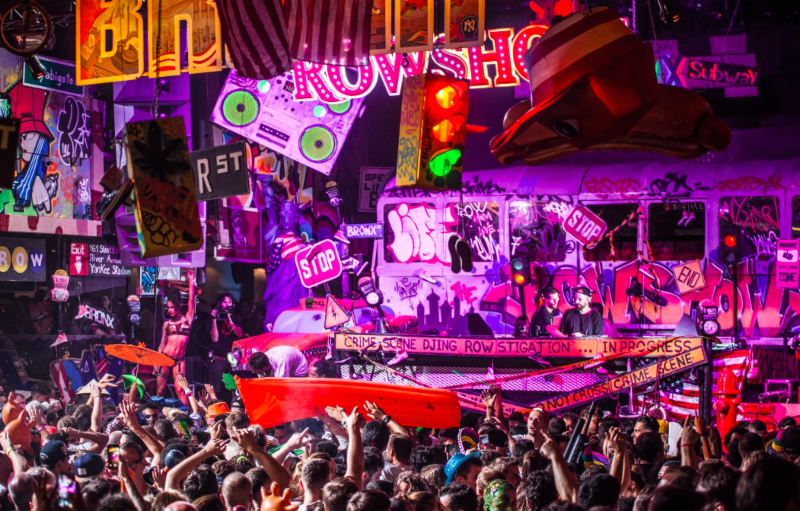 Saturday 4th November 2017 | Grounded @ Ha Oman 17 Club, Tel Aviv, Israel
www.elrow.com
+++
On Saturday 4th November 2017, immersive party concept elrow will make their debut in Israel brining their unique, carnival style show to Grounded @ Ha Oman 17 Club in Tel Aviv for an unmissable day of entertainment for Grounded Festival Presents: Tel Aviv elrow Bronx.
The theme elrow will bringing to Tel Aviv is their well loved Bronx party. Imagine, you’re a tourist in NY, you get lost in the metro and get off on 231st St. And you soon discover what party time, Bronx style, is like. From an abandoned subway car covered in graffiti, elrow‘s DJs rule the show over gangs from the hood, illegal fights, mafia wise guys, break-dancers, ghetto nails and our rap crews that keep the word alive with some serious battling.
After over a decade in the game, Cassy is a true electronic music powerhouse. Specialising in the most groove-woven sounds of house and techno, she’ll be heading up the bill at Grounded this December alongside Benji, De La Swing, Eliran Osadon, Red Axes, Tini Gessler and Yotam Avni.
For further details about the show, please head to: www.elrow.com 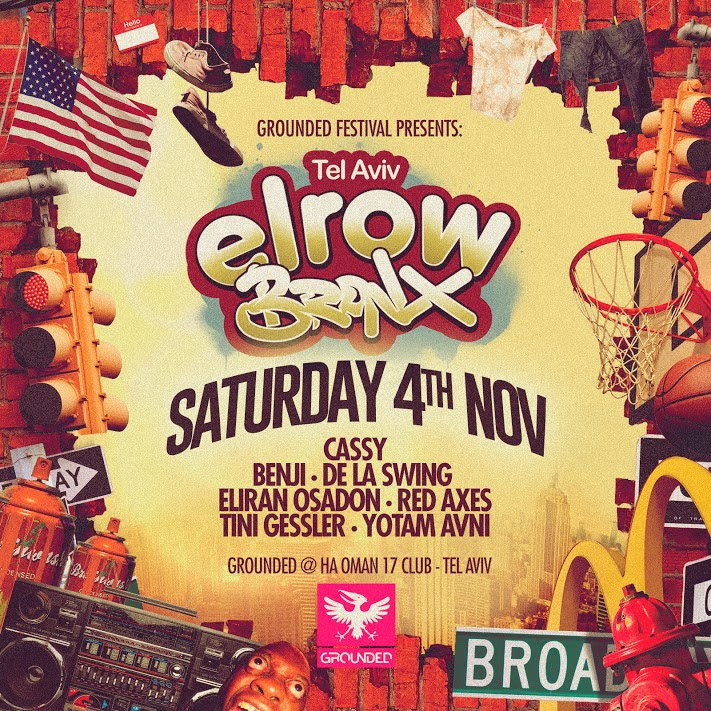 elrow is an award-winning experiential event concept and party series founded in 2010 by Cruz and Juan Arnau Lasierra; the sixth generation from a dynasty of entrepreneurs also responsible for creating Monegros Festival and legendary Club Florida 135 in Fraga, Spain.

From their head-quarters in Barcelona, elrow have taken the world by storm with their unforgettable party style, pairing elaborate production, interactive performers and zany characters with the best electronic music, placing them as a global reference for circus inspired parties with tickets to the visual spectaculars usually selling out in minutes.

A myriad of different themes and concepts makeup elrow‘s zeitgeist with sub-brands including ‘Rowlympics'; their own take on the Olympic games, their Brazilian jungle carnival theme, ‘Sambodromo de Brasil’ and flag-ship theme ‘Singermorning’.

With lauded residencies in Ibiza, Madrid, London and Amsterdam already in place, 2017 has seen a game-changing partnership with live entertainment platform, Providence-Superstruct, allowing elrow to push to new heights with a Shangai debut and a festival-scale event at the Queen Elizabeth Olympic Park in August.