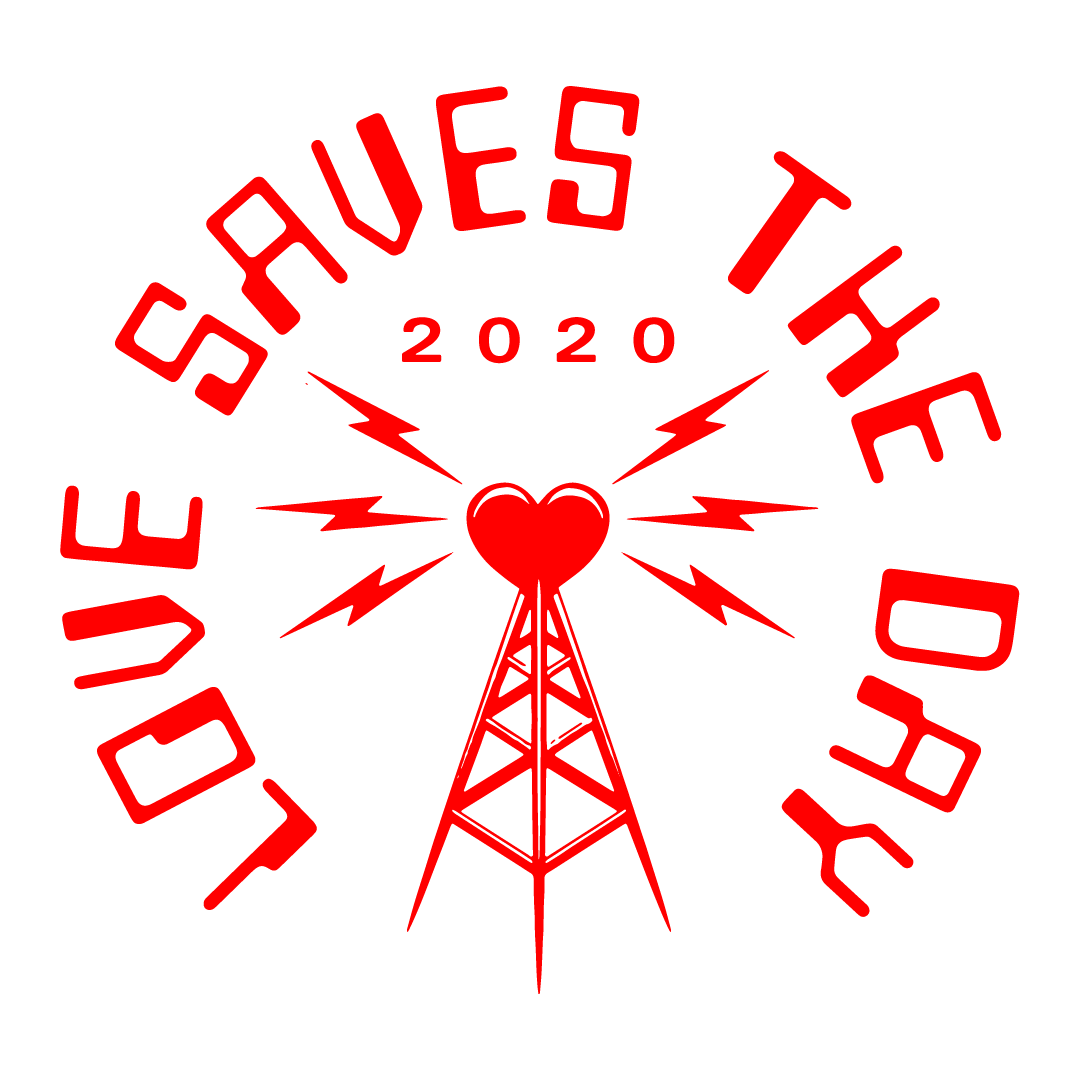 FIRST WAVE OF ACTS FOR 2020 EDITION

AND MANY MORE ANNOUNCED

After cementing its position as one of Bristol’s leading festivals, Love Saves The Day returns with their first wave of acts for unmissable 2020 edition, taking place on Saturday 23rd and Sunday 24th May 2019.Drawing from a range of DJs and live acts across all genres, it’s another diverse lineup of towering names and fresh talent.Main Stage on the Saturday is headlined by legendary dance duo Orbital, with one of the UK’s top hip hop / grime acts Krept & Konan making an appearance as very special guests. They’ll be joined by a slew of acts spanning the whole musical spectrum including the likes of DJ EZ, Gorgon City (DJ set), Young T & Bugsey and The Vision to name but a few.

The Centre Stage saw some memorable sets throughout the weekend last year and 2020 is set to be no different, with Australia’s finest export Fisher bring his Catch And Release imprint to takeover the Saturday. Joining him will be a star studded line up including the likes of Skream, Folamour, Monki, Afrodeutsche and more.

Bristol party starters The Blast are back and taking over The Lonely Hearts Club for Saturdays frivolities. They’ve enlisted original nuttah Shy FX to headline, joining him will be the up and coming M Huncho, plus Kings Of The Rollers, Flava D, Joker b2b Sir Spyro, P Money and more.

With the headliner still to be announced for Saturday at The Paradiso Stage, excitement is still paramount for the one and only, inimitable D Double E. He’ll be bringing his unmatchable flow, joined by the likes of Greentea Peng, Br3nya, Kilo Jugg  to name but a few.

Warehouse Music take over the Brouhaha Stage on Saturday, with the label don himself Mella Dee taking charge of the proceedings. He’ll be joined by key selectors Paranoid London, Moxie, Willow, Manami and more. 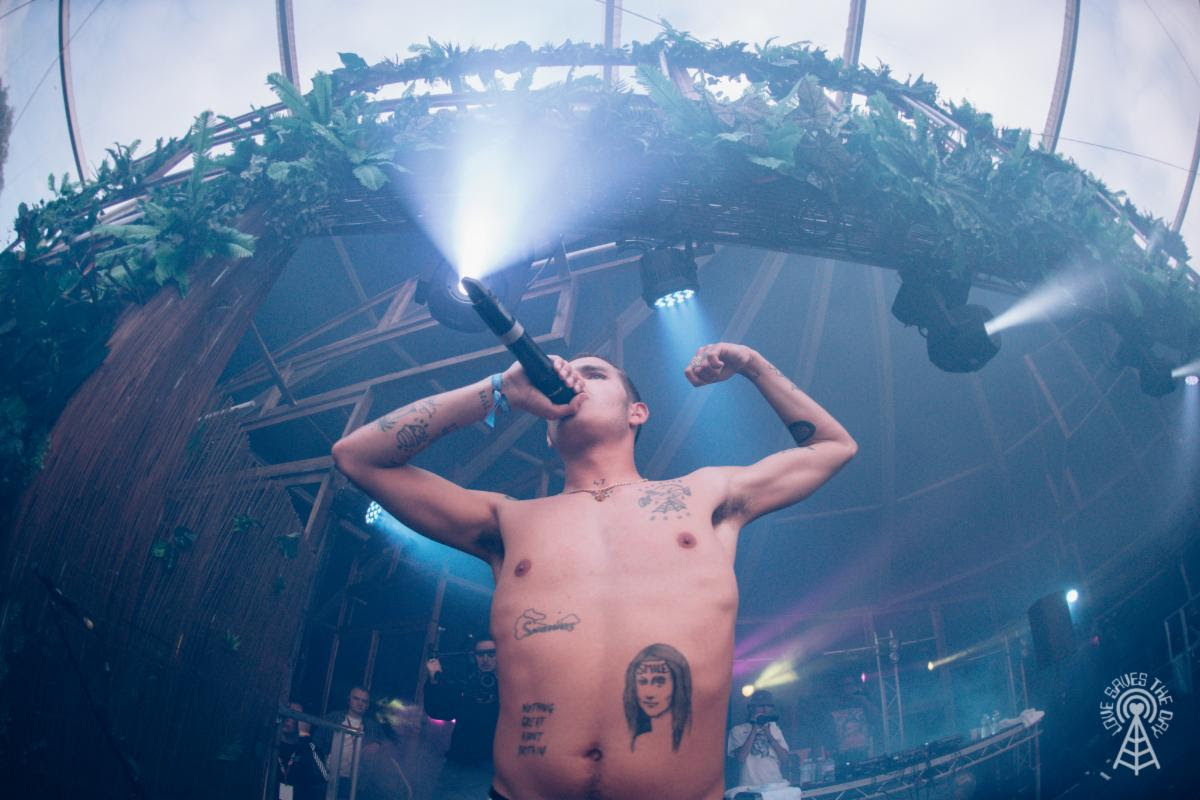 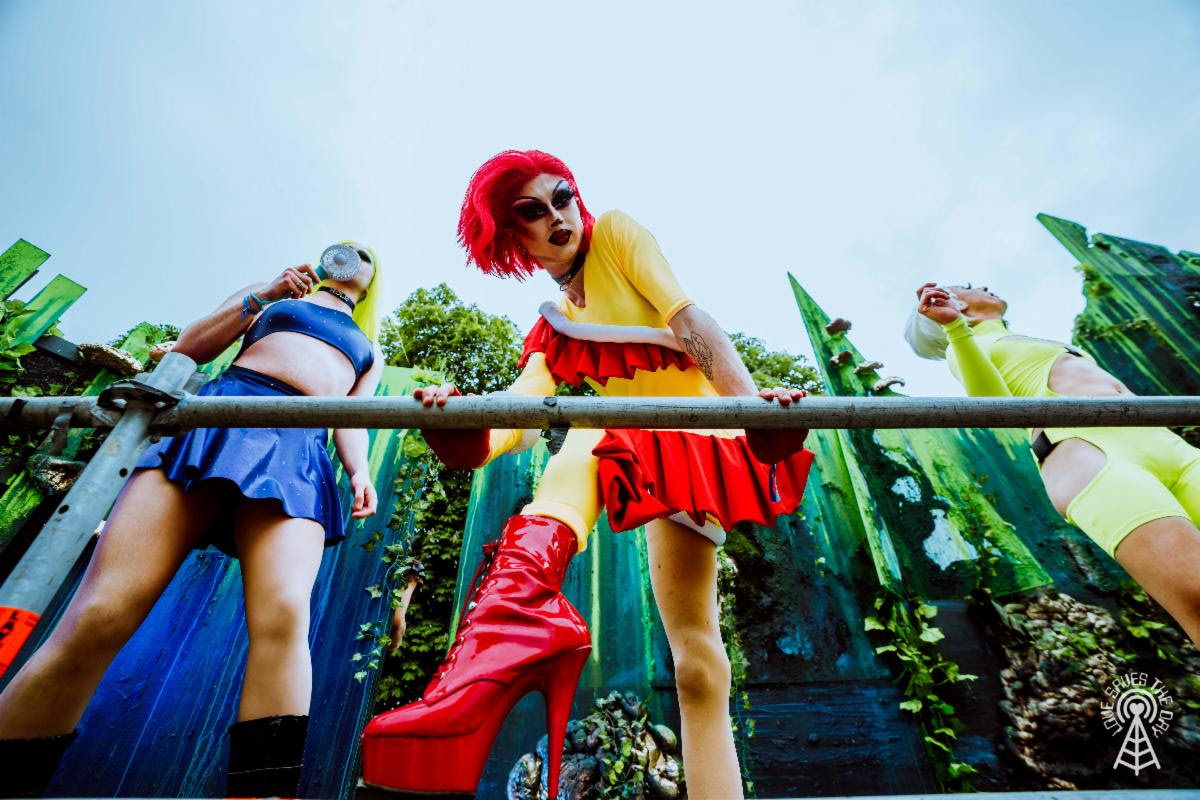 Ultimate top boy and king of the UK grime scene Kano will be headlining Main Stage on Sunday. Joining him will be undoubtedly one of the most exciting artists of the lat few years – Little Simz, with Ghetts, My Nu Leng, Ms Banks, Pa Salieu and more keeping things heavy throughout the day.

Team Love’s very own Love International take control of The Centre Stage on Sunday, bringing in the icon that is Peggy Gou to head up proceedings. She’ll be joined by the no less impressive DJ Harvey, as well as Felix Dickinson, Job Jobse and Ellie Stokes.

It wouldn’t be a Bristol festival without RUN on board and the Lonely Hearts Club belongs to them throughout Sunday, their acclaimed approach to lineup curation surely satisfying every bass music fan’s needs. Cranking up the bpm will be big boss Andy C and legend of the scene Roni Size – they’ll be joined by Camo & Crooked, Turno and more, with MC’s such as Tonn Piper and Dynamite keeping the vibes in check.

The Paradiso Stage will be a crate diggers delight on Sunday with the Musu takeover seeing one of the worlds top selectors – Helena Hauff headlining joined by crowd favourite Call Super. Craig Richards will be going b2b Nicholas Lutz for an extra special set, with Hodge and Danielle also making an appearance.

Metalheadz label boss label boss Goldie headlines Brouhaha on the Sunday for the Hold Tight takeover. Joining him for a very bass heavy day will be Kahn & Neek feat Flowdan, Egoless, the very much in demand Plastician feat Riko Dan, Think Tonk and many more.

Tickets are on sale via the Love Saves The Day website lovesavestheday.org 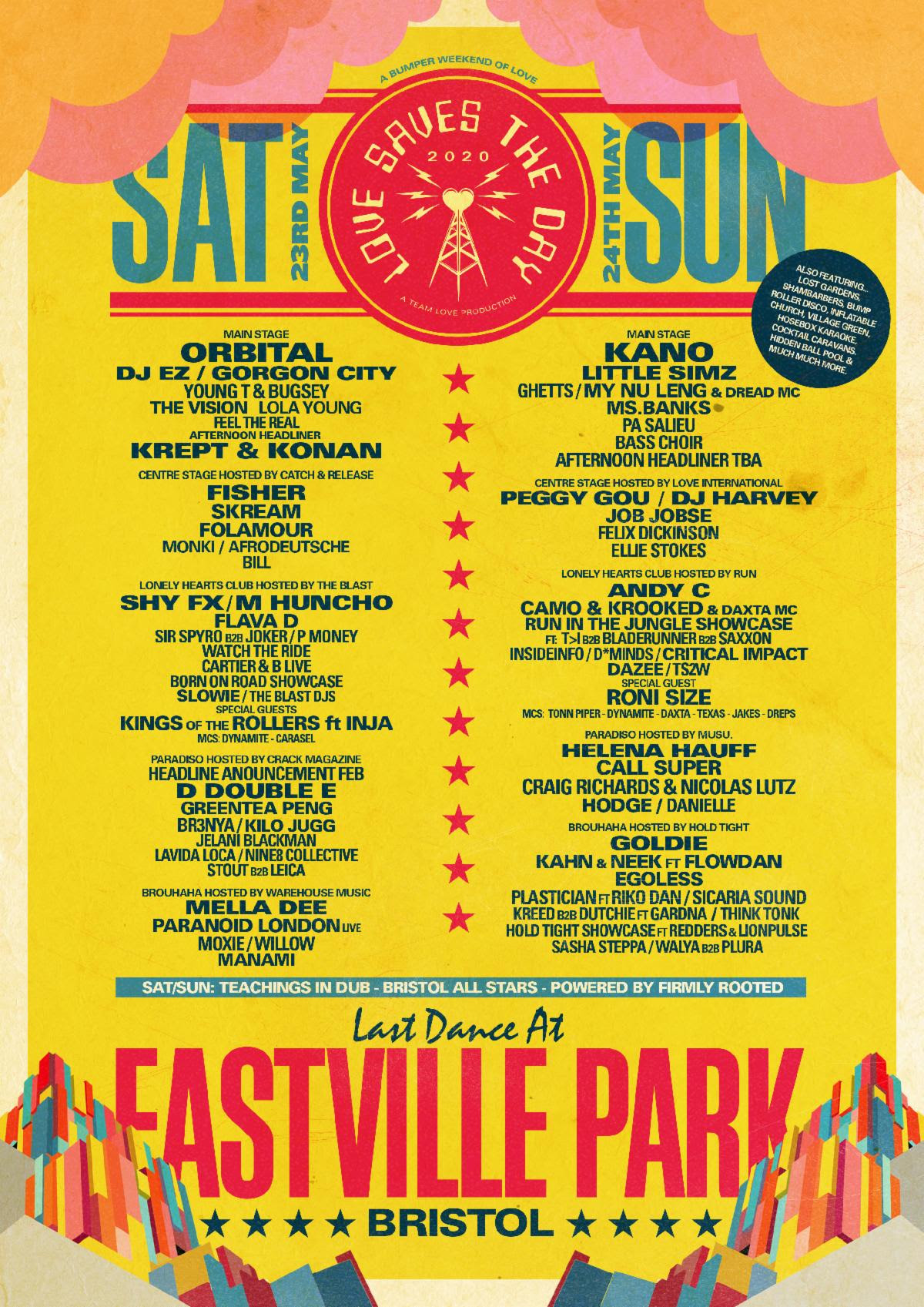