EXPANDING TO NINE DAYS OF OF LIVE MUSIC, PANELS, TUTORIALS, MASTERCLASSES AND MORE.. 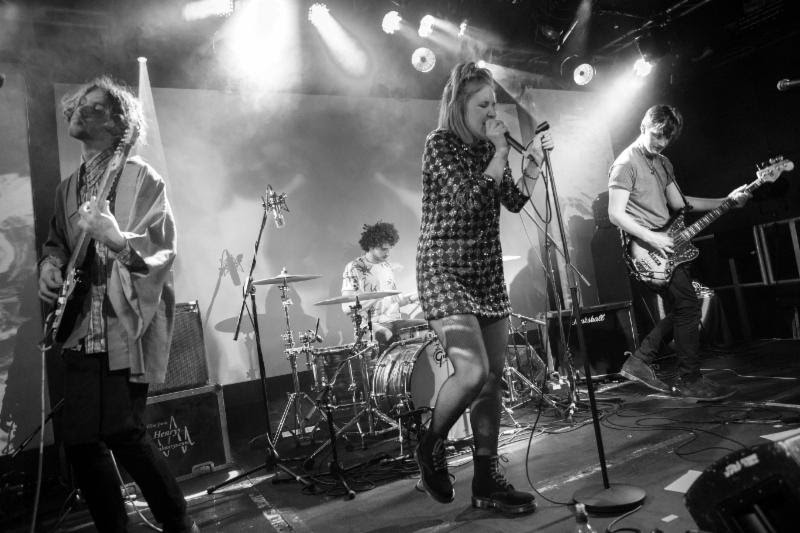 +++
Now in its seventh year, Roundhouse Rising Festival is the Roundhouse’s festival for new music taking place from Saturday 11th to Sunday 19th February 2017.
Following the resounding success of their 2016 event, Rising Festival 2017 will expand to nine days of live music from the industry’s most exciting emerging talents, plus a wide-ranging selection of industry panels, workshops, demos and talks for those seeking a route into the music industry.
Rising Festival has paved the way for successful young artists like Prides, Eliza and the Bear, Jacob Banks, The Magic Gang, Hooton Tennis Club, Pretty Vicious and many more. For the first time ever, Roundhouse Rising will celebrate the success of its alumni with a headline show in the Roundhouse’s iconic Main Space from rapper Little Simz, who started her journey in the Roundhouse Studios.
Further highlights include an evening hosted by BBC Music Introducing, the album launch for Rising Sounds 2017, performances from Glaswegian four-piece Catholic Action, afrobeat artist and MOBO nominee Mista Silva, Roundhouse Resident Artists on-the-rise Edges and hip hop collective SumoChief plus a clubnight bringing together tastemakers from around the globe for a DJ soundsystem soundclash.
The carefully curated content, low ticket prices and intimate environment provides a rare opportunity for those seeking a career in music to gain insight and training from some of the industry’s leading figures.

All tickets for Roundhouse Rising 2017 are available from: www.roundhouse.org.uk 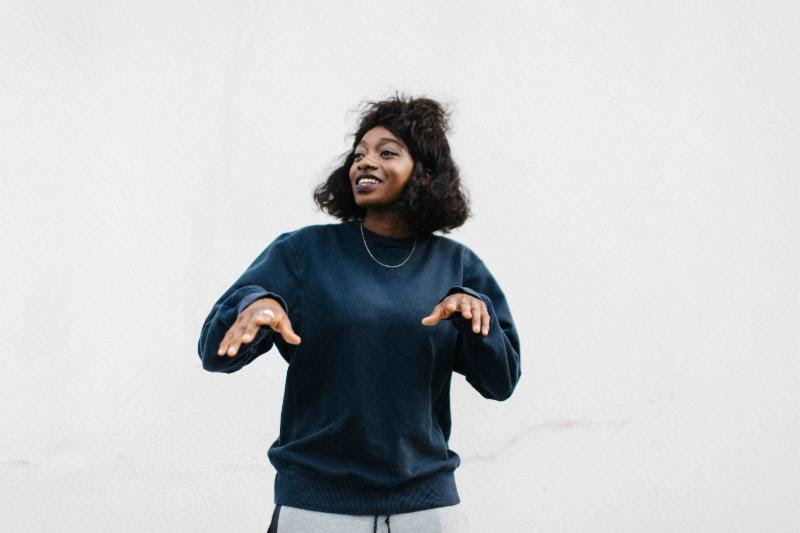 Kicking things off on Saturday 11th of February is Glaswegian four-piece Catholic Action. A product of the city’s famously fertile music scene, their infectious melodies and lively stage presence have won them a loyal fan-base amongst those in the know, alongside supporting sets for the likes of Swim Deep, The Libertines and FSS. Their anticipated debut EP dropped on Luv Luv Luv Records earlier this year, gaining huge support from industry taste-makers, and setting the tone perfectly for their appearance at Rising Festival 2017.
On Sunday 12th February, Little Simz returns to the Rising Festival after a thrilling headline set in 2014. Curating the bill in Roundhouse’s stunning Main Space for a live art and music event – Welcome To Wonderland: The Experience – Little Simz hosts an international line-up of live performances from some of her favourite artists, as well as a special performance of her sophomore album Stillness In Wonderland, featuring surprise appearances from her musical friends and collaborators. This special event will also showcase emerging visual and musical talent through an art exhibit and pop-up Satellite Stage.
Elsewhere, Roundhouse Rising will host an industry takeover from Urban Development, a music development organisation dedicated to the growth of urban music in Britain, in partnership with leading youth lifestyle platform Complex UK. The Saturday daytime event will include a Grime 2.0 seminar chaired by journalist/curator Hyperfrank with panellists Joseph ‘JP’ Patterson (Senior Editor, Complex UK), Risky Roadz (Media Pioneer/Music Director) and Leila ‘Lilz’ Singh (Official Media PR/Eskimo Dance). Also on offer, an A&R essentials masterclass with Caroline SM (XL Recordings) and Rich Castillo (Polydor). The day will culminate in a showcase illustrating the full spectrum of grime music with performances from afrobeat artist and MOBO nominee Mista Silva, acclaimed rapper Kaniva, Roundhouse Resident Artist, neo, soul/R&B singer Estée Blu plus sets from the influential DJs P Montanaand DJ Funkz.
A special collaboration with BBC Music Introducing will take place on Monday 13th February, as Radio 1‘s Huw Stephens presents an exciting line-up of bands from around the country, including punk rock outfit Vant, BBC ‘Sound of 2017′ contender Tom Grennan, Liverpudlian newcomer Zuzu and 19 year-old grime/hip hop artist Isaiah Dreads. The performers have been nominated to play by regional BBC Music Introducing shows and selected by a panel of experts to play at Roundhouse Rising Festival. Roundhouse will be running a ticket lottery for this free event, with winners being notified one week before the show.
Tuesday 14th February will see a night of live music produced as part of the Festival Producers Projectat the Roundhouse – a project working with 12 young producers to programme one day and two nights of Roundhouse Rising Festival. The young producers will shadow the Rising team to work across all elements of production.
Showcasing talent from across the UK, Springboard Live take control of proceedings on Wednesday 15th February for an evening of live music headlined by electronic/R&B Resident Artists, Edges (formerly Pocketclub). Formed from a need for more creative collaboration between cities, Springboard Live links outstanding new bands and artists across England as part of a national network of exceptional emerging music.

An essential part of Rising Festival, Thursday 16th will celebrate the album launch for Rising Sounds 2017. A major annual project at the Roundhouse, Rising Sounds offers 12 unsigned acts the opportunity to record one of their tracks with leading UK producers including Cooly G, Laura Doggit, Jane Weaver,  Adem Ilhan and One Bit. The project’s culmination will see live performances from a selection this year’s participants, offering a vibrant tapestry of new sounds and a vital platform for the next generation of musicians and producers.
Going full-pelt for the weekend, Rising Soundcrash on Friday 17th will unite cutting-edge DJ collectives from across the globe to battle it out on the Rising soundsystem. London collective Boko! Boko! will spin an eclectic selection of progressive music from around the world, broadcast tastemakers S I S T E R will throw-down the raw sounds of London’s grime and bass scene and So Future, a platform dedicated to the SoundCloud generation of producers, will showcase the most exciting new sounds from future bass to footwork, trap, hip-hop, and everything in between. Brooklyn based indie label InGoodCompany complete a dancefloor battle-ground of epic proportions.
Part of a wider incentive, Rising Soundcrash will also see collaborations with two Brazilian DJs, selected through an international exchange project with the Roundhouse and Circo Voador in Rio de Janeiro plus members of the Roundhouse’s soundsystem collective.

On Saturday 18th, participants of the Festival Producers Project will take the reigns for a day of workshops, panel discussions and tutorials, plus live music from Roundhouse associates. Full details will be revealed in the coming the weeks.
On Sunday 19th, Roundhouse Rising will host an ‘Artist Toolkit Day’, offering everything needed to get ahead in music. Experts from all areas of the industry will host masterclasses and panel events covering how to get signed, getting your music on line, promoting your music, funding, music production and working with agents. The day will also include a very special panel event from KID Talks on how to get into the industry with an exciting line-up of panelists including Mike Malak (Agent, CODA Agency), Alessandro “Moz” Moro (Manager, Jay Prince, Barney Artist, Cosa Nostra Music), Chimene Mantori (A&R, Imagem Music), Alex Manzi (1Xtra) and Ashley Sykes, hosted by Lily Mercer (Rinse, Viper Magazine)
Closing an incredible week of events, live music from jazz-tinged hip-hop collective SumoChief and afrobeat collective KOKOROKO will mark the end of Roundhouse Rising Festival 2017 on the evening of Sunday 19th 2017. The full lineup for the closing party and further details across the week-long programme of events will be revealed at a later date.
All tickets for Roundhouse Rising 2017 are available from: www.roundhouse.org.uk

Welcome To Wonderland: The Experience – Live music from Little Simz & Friends in the Main Space plus Little Simz presents Emerging Artists on the Satellite Stage –

Free tickets can be won through the Roundhouse’s ticket lottery

Springboard Live headlined by Edges (formerly Pocketclub) + support  from some of the best new music acts in Manchester, Bristol & Cambridge.

NOTES TO EDITORS
About the Roundhouse: The Roundhouse is a hub of inspiration where artists and emerging talent create extraordinary work and where young people can grow creatively as individuals. The organisation believes in the power of creativity to change lives. By giving young people the chance to engage with the arts through our music, media and performance projects, they inspire them to reach further, dream bigger, and achieve more.
www.roundhouse.org.uk
LOCATION
Roundhouse, Chalk Farm Road,
London, NW1 8EH
LINKS & FURTHER INFO
www.roundhouse.org.uk