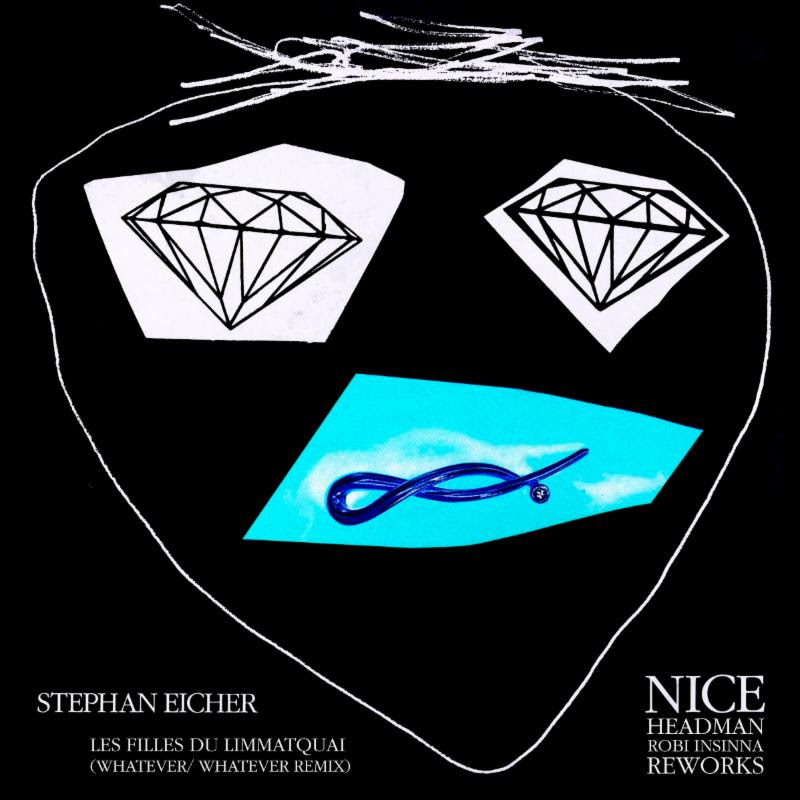 for premieres, interviews and mix requests

+++
Having been a longstanding fan of Grauzone and Stephan Eicher’s early solo work, Headman/ Robi Insinna was originally asked to remix a track a few years back.The idea of doing a Reworks 12″ on Relish came later and the choice fell on “Nice”. Which will also be part of  the Reworks album coming next year.
Headman then enlisted the help of New York City’s Justin Strauss who played  “Eisbaer” by Grauzone when he got his first copy after he just started his first DJ job at legendary Mudd Club, who set to add his touch to “Le Files du Limmatquai” along with his partner Bryan Mette under the  (Whatever/Whatever Remix) Moniker.
The Cover of the release is a take on the original artwork from the “Nice” 12″ US mixes Vinyl from 83′, which is by Klaudia Schifferle from Swiss all girl punk band Kleenex, who had written and performed “Nice” originally. The result is a classic sound with a smooth modern edge.
“It does not sound old and dated, but somehow timeless…the Planet Rock touch was actually what i tried to achieve back in the days,  Arthur Bakers style…31 years later it works!” Stepahn EIcher
++++++++++++++
ABOUT STEPHAN EICHER
Stephan Eicher (born August 17, 1960 in Münchenbuchsee near Bern) is a Swiss (rock) chansonnier. He designed his songs often multilingual, by having them interpreted in French, English, German, Italian and Swiss German, sometimes even within a piece. His success started in German-speaking countries in the 1980s when as part of the band Grauzone he had a hit single “Eisbär” (Polar Bear). With hit songs such as “Combien de Temps” and “Oh Ironie”, his popularity spread Europe-wide with various albums, tours, and chart success in France and Switzerland.
LINKS & INFO
RELISH
soundcloud.com/relish
www.headman.org
SOCIALS: